Should We Stay or Should We Go? What Will Happen to the Catering and Hospitality Industries if we Decide to Stay or Leave?

With the vote to decide whether the UK stays in the European Union or leaves getting ever closer, many people are wondering what the effect of the result could be on the hotel and catering industry. As both the the ‘Brexit’ and the ‘Remain’ camps continue to make their arguments to convince the general public, we take a look at some of the main issues relevant to the catering and hospitality industry as to whether the UK decides to stay or go. 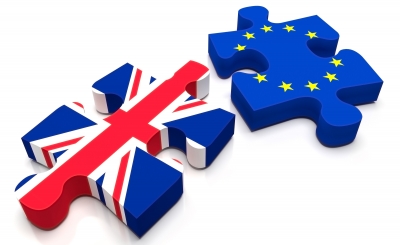 A vote to stay

Voting to stay in the EU is often seen as the ‘safe’ option and in many ways it represents the choice that will see the least change. Whereas many smaller businesses in industries such as manufacturing may see remaining in the EU as the prolonging of the endless red tape and bureaucracy it has become commonly known for, many in the hospitality industry may see it differently. With many hotels, restaurants, cafes and other catering and hospitality establishments relying heavily on staff from other European countries, the prospect of breaking ties with the EU could be seen as disastrous in terms of staffing. With a severe lack of homegrown candidates entering the catering and hospitality industries, foreign staff are of huge importance. Anything that could lead to it being harder for them to work in the UK could lead to severe staff shortages which could be very harmful for many restaurants, hotels and other hospitality and catering businesses. Remaining in the EU would enable restaurants and hotels to cope better with the industry’s skills crisis.

A vote to leave

Leaving the EU would undoubtedly have a negative impact on catering and hospitality (especially in London) in terms of attracting highly skilled personnel from the EU. However, just as it may be more difficult for staff to enter the UK to work, it has been argued that the UK could see an increase in ‘staycations’. No longer in the EU, some people have suggested that with UK citizens no longer being entitled to free movement across Europe, they are much more likely to holiday in the UK. Of course, this is never a bad thing and many places across the UK we’re sure would be glad of an increase in visitors and the accompanying increased revenue. However, we’re unsure if this would be the case for many London restaurants and hotels, as any increase in demand has to be accompanies by an increase in staffing, which we have already established may be much more difficult outside of the EU.

There are likely to be a range of opinions on a possible ‘Brexit’ expressed across the hotel and catering industries although we suspect that due to potential staffing issues this would lead to the majority of people tending to favour remaining in the EU. Whatever the decision, the catering and hospitality industry will continue to adapt and evolve.