Think That It’s OK To Not Turn Up To An Interview? Here’s Why It Isn’t..

Are you a candidate looking for a new role in London’s catering or hospitality industries? Have you ever been offered and interview, confirmed that you’ll go but then never turned up? It’s not really a big thing is it, nobody gets hurt and it doesn’t really matter in the long run does it? Well actually it does, and here’s why. 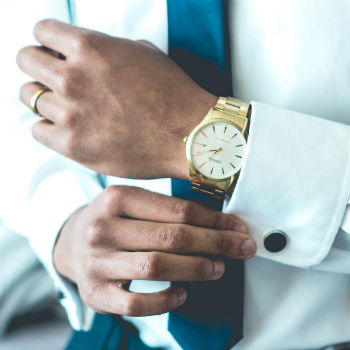 Have you ever had an appointment booked for a plumber to come and fix your boiler, an electrician to come and fix some faulty fuses or a TV engineer to fix your faulty aerial? Booked to come on a certain day and at a certain time, you sit there waiting for them. Maybe you have rearranged your schedule or even taken a day off work. And then….. nothing. How annoying is it when people promise to turn up at a certain day and time and the don’t ? No telephone call, no email, no text, absolutely nothing. Now, instead of having a fully fixed boiler, fuse box or TV aerial, you’re still in the same boat as you were before and you’ve got to start the whole process again. Frustrating or what?

Consider this other scenario. Imagine if you’ve been offered an interview in central London at 9am on a Tuesday. It’s for a job you really want so you take a valuable day’s annual leave from your current job and set off early in the morning and battle through London’s rush hour to make it on time for your interview. You get there and…. nothing. The hiring manager is not available to meet you, nobody bothered to call you, email you or text you. They just let you waste a day’s annual leave, battle through the London rush hour to interview for that dream role and they don’t have the decency to send you a simple message. Rude? Yes. Unprofessional? Definitely? Annoying? Certainly!

Yet why do so many people think that it is perfectly acceptable to confirm their attendance at an interview but then never turn up? Not only are you wasting a potential employer’s time, you’re also wasting the time of your recruiter who got you the interview i the first place. Do you think that they’re going to be knocking on your door when the next fantastic job that you are suitable for comes in? The fact is, you’ve shown yourself to be unreliable, and nobody, especially in the hospitality and catering industries where reliability is so important will want to risk hiring you, however good your skills, qualifications and experience are.

Don’t put your future career at risk by getting yourself a reputation as an unreliable candidate. It’s the 21st century, there are countless ways you can get in touch with your recruiter to tell them you can’t make an interview. We understand that things happen, problems occur and sometimes people can’t make an interview. All it takes is a simple phone call, text or email. All of these take just seconds and make everyone’s life easier.