Catering and Hospitality: What questions should you ask your interviewer?

In the Catering and Hospitality industry, Interviews can often feel like a one-way process, where you as a candidate for a job are asked questions to ascertain your suitability in terms of skills, qualifications, experience and personality. But interviews shouldn’t be one-way. Firstly, it is important to realise not only are they checking your suitability for the job, you should be trying to ascertain whether the job and the restaurant/hotel is suitable for you. Secondly, two-way interviews make for better interviews and generally interviewers like candidates who ask questions. So, what questions should you be asking at your interview? 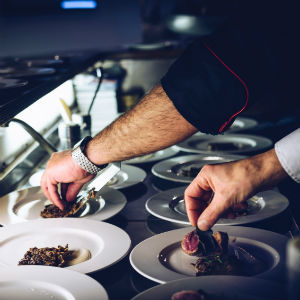 How long have you worked here? What’s the best thing about working here?

This is a terrific question to use and one that probably most of all the other candidates won’t have asked. It is a question that works on two levels. Firstly, it shows the interviewer that you are genuinely interested in the role and genuinely want to know what it is like to work there. Secondly, it cleverly shows that you have a personal interest and respect for your interviewer. People like being asked their opinion on things and asking such as question shows you respect your interviewer’s opinion as well as helping to forge a connection with them which is always helpful in an interview.

This is an insightful and clever question and shows to the interviewer that you are someone who recognises that all workplaces are different as well as the fact you want to operate at the best. It shows you are self-aware, flexible and are genuinely interested in the job that you are applying for.

Are there any training or development opportunities?

A straightforward question but one that is always good to ask. Catering and hospitality jobs whether in a kitchen or front of house rely on people keeping ahead of the game and ensuring their skills are up-to-date. Most restaurants and hotels don’t want people who grudgingly turn up to work, put the hours in and go home. They want staff that are engaged and motivated, and what better way to show this than asking about training and development?

Do you think there is anything I haven’t covered in my interview? Is there anything you would like me to explain further?

Have you ever left an interview and then realised you’d not answered a question as well as you could or forgotten to cover something altogether? This question is the most vital question you should ask at the end of an interview as it gives you a second chance to cover something that you might not have done earlier. By asking such a question, it shows that you really want to be taken seriously for the role and can turn an average interview into a very successful one.